Georgian Wine Presented in US Cities

Georgian wine, one of the major parts of the ancient culture of Georgia, has yet another time moved beyond the borders of its homeland. This time, it has been introduced to wider audiences in the USA, in the cities of New York, Chicago and Boston in particular.

At a presentation given by the top-sommelier Taylor Parsons and attended by Georgian wine producers, local entrepreneurs and media representatives, guests were given an opportunity to taste the wine and listen to a seminar on the modern wine industry.

The National Wine Agency of Georgia, the financial supporter of the event, selected the USA as a strategic and promising market for exporting Georgian wine. 354,000 bottles of wine were exported to the USA in the first half of 2019, which is a 90% increase in comparison with the same time period of the last year.

The presentation in the US cities was organized by the contractor marketing company of the National Wine Agency Marq Energie Consulting. 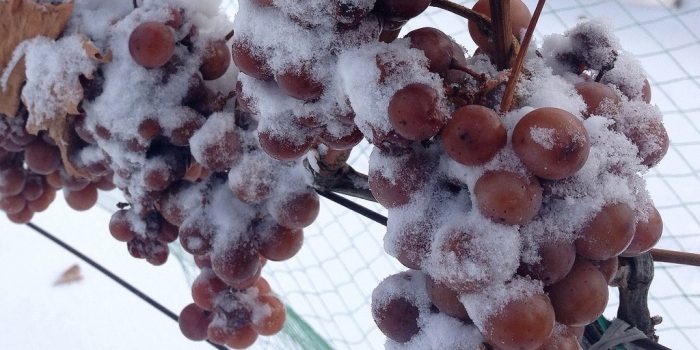 Georgia is widely considered as a cradle of wine. It is the country where the earliest evidence of grape wine-making was found. Telltale chemical signs of wine in the pottery jars, discovered in two Neolithic villages (called Gadachrili Gora and Shulaveris Gora about 50km (30 miles) south of Tbilisi, the capital of Georgia) dates back 5,980 BC. Previously, the earliest evidence of grape wine-making had been found in the Zagros Mountains of Iran and dated to 5,400-5,000 BC.

Icewine is believed to originate from Germany in the 1700s when freezing weather preceded the harvest and still, winemakers pressed the frozen grapes fermenting the juice to a sweet wine. The winemakers were impressed with the result and they decided to continue with the technique. The type of wine gradually evolved into a classical winter wine and spread throughout the world.

Georgia is one of those countries producing and exporting Icewine. The idea of producing Icewine in Georgia was initiated by one of the German consultants working at Marani, the only producer company of the wine in Georgia. Observing climate conditions in Georgia, the consultant was certain that the production would succeed.

Georgia is characterized by warm summers and cold winters that are ideal conditions for Icewine. Grapes are ripened in summer and frozen in winter. In order to make Icewine, Georgian winemakers do not harvest grapes until freezing weather sets in. Then, grapes are left to freeze naturally on the vine. After the water contained in grapes are frozen, the crops are harvested and pressed. What is produced from the frozen grapes is a small amount of sweet juice without any water.

As the amount of juice squeezed out of the frozen grapes is not impressive and a special pressing technology is required, the production of the wine is not massive and the price is quite high. Besides, it is focused on a limited number of consumers who love sweet wine.