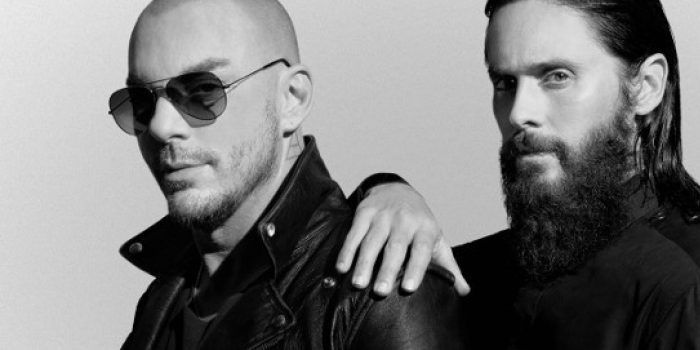 30 Seconds to Mars to perform in Georgia

Thirty Seconds to Mars will visit Georgia this summer. Thirty Seconds to Mars is an American rock band from Los Angeles, California. The band was created in 1998 and consists of brothers Jared Leto and Shannon Leto. The concert will take place at Black Sea Arena in Shekvetili, Guria (located on the eastern Black Sea coast) on the 13th of August. The event is supported by Check in Georgia.

Thirty Seconds to Mars is not the only band who’s performing at Black Sea Arena this summer. Black Eyed Peas, an American musical group and Jessie J, an English singer, and songwriter will also visit Georgia. The Black Eyed Peas will perform on the 16th of June. As for Jessie J, her concert will take place on the 6th of August.

Black Eyed Peas, an American musical group will visit Georgia this summer. The concert will take place at Black Sea Arena in Shekvetili, Guria (located on the eastern Black Sea coast) on the 16th of June. The event is supported by Check in Georgia. Black Eyed Peas arrives in Georgia as a part of their “Masters of the Sun Vol. 1” studio album tour.

The Black Eyed Peas consists of rappers will.i.am, apl.de.ap, and Taboo. In the beginning, the group was established as an alternative hip hop group and subsequently changed their musical sound to pop and dance-pop music. The group has sold an estimated 76 million records (35 million albums and 41 million singles), making them one of the world’s best-selling groups of all time.

Check in Georgia covers series of cultural and sports events that will be held in Tbilisi and other regions of Georgia. The project will be held every single year and will become more and more diverse each time. The main goal of the project is to make Georgia a cultural center, during the year by attracting a large number of tourists.

Tbilisi has made major steps forwards in terms of developing its night life offerings in recent years and is successfully following the world trends in this respect today, with numerous events organized year-round for music lovers, 4GB being among the most outstanding.

4GB is an annual international electronic music festival launched in 2011. At the beginning, the festival was small, organized as a tribute to the Georgian pioneer DJ Gio Bakanidze by his friends. However, with the dedication and hard work of the organizers and their partner institutions, the festival has grown, becoming ever-more colorful and offering the best electronic music to guests, transforming the memories of their friend into an unforgettable event for the country, as well as the Caucasus, and raising the bar of local festival culture to a new level.

The festival carries a number of important messages. First of all, it demonstrates how the unity of like-minds and striving for mutual aspirations can turn a small memorial party into a festival of impressive scale, while maintaining the initial values. In addition, 4GB is a non-profitable event and all income is donated for the development of the idea.

The first 4GB festival was headlined by Michael Mayer, the German electronic musician and an iconic performer for DJ Gio Bakanidze, who brought together 1,000 listeners. The legendary figure has since become the permanent host of the festival, taking to the stage for over 20,000 visitors in 2017.

One of the unique features of the 4GB festival is the ever-changing location. The organizers know everything is in the details and so always aim to host the audience in a venue suited to electronic music.

The Electronauts Music Awards has five times recognized the 4GB festival as the Best Event of the Year.

2019 is to be no exception and the 4GB organizers are all set to offer unforgettable performances in an incredible environ to thousands of visitors once again.