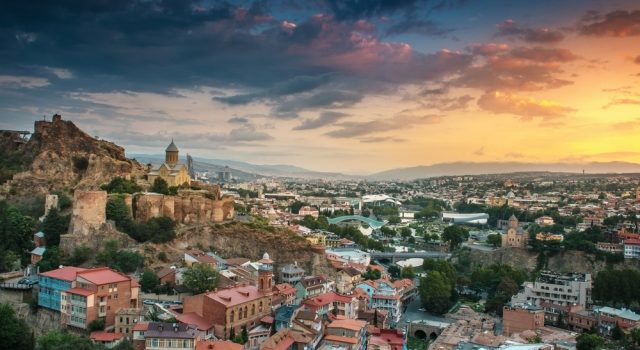 Georgian National Tourism Administration (GNTA) of the Ministry of Economy and Sustainable Development, has been actively promoting Georgia as one of the most beautiful and distinguished year-round destinations for spending holidays.

This time, the GNTA has started yet another campaign on one of the world’s leading American media platforms CNN, within the scope of which, CNN has launched ‘Discover Georgia’, a special webpage introducing Georgia’s history, nature and cuisine in the very best way.

‘Discover Georgia’ presents the country to wide audiences through articles, backing them up with the stunning images of the amazing views, historical sightseeing and gourmet pleasures found in Georgia.

“The best way to experience Georgian food is at a supra, a traditional Georgian feast with an endless stream of dishes usually held as a celebration of a special occasion. Being invited is an esteemed honour, and an opportunity not to be missed,” reads the article of the Cuisine section of ‘Discover Georgia’.

The webpage is not the end of the GNTA’s campaign, though. Within the framework of the initiative of the Tourism Administration, the media platform also broadcasts promotional videos about Georgia, and prepares reports and articles on the country’s high tourism potential. 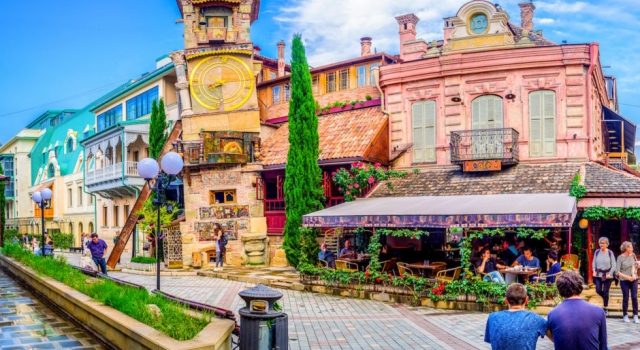 Matador Network: Why You Need to See Tbilisi

Matador Network has dedicated an article to the capital of Georgia, Tbilisi, giving reasons why it is a good idea to visit the city.

The article reads that Georgia is unknown to many travelers but that it is slowly becoming a hot destination. It also says that there are a lot of activities that can be done in Tbilisi.

“You can stroll in Rike Park along the Mtkvari River and watch kids play in the grass. From the park, you can take a cable car to Narikala Fortress for a sweeping view of the city. Or you can wander around in the streets of Old Town, go to the market, and eat all the food you can,” it says, adding the food is very inexpensive, and you can find good private accommodation for a few dollars a night. Moreover, traveling by taxi is also common and cheap.

Another reason named in the article as to why travelers should visit Tbilisi is that the architecture there is “quirky and awesome.”

“Influences from Europe, Persia, the Arab world, and Russia have shaped Georgia’s identity, resulting in one of the most unique cultures in the world,” the article reads, adding this combination of the future and the past will definitely leave an impression.

For people traveling with kids, the article recommends visiting Mtatsminda Park, a big amusement park at the top of Mount Mtatsminda, at over 2,500 high and the highest point in the city. It was also a very popular public park in the USSR during the Soviet Union.

The author underlines that Georgian people are very welcoming.

“Georgians are some of the warmest and most welcoming people in all of Europe. Although many of them don’t understand or speak English, they’ll go out of their way to help you out,” it says.

And of course, Georgian cuisine is one of the top reasons why one should visit the country, where “every meal is a feast.”

“Most meals in Georgia include more food than can physically fit on the table. A must-try is khinkali, Georgian dumplings,” the article reads.

In addition to this, only a two-hour drive away from Tbilisi you will find Sighnaghi, a picturesque, small town in Kakheti, the wine region of Georgia.

“Sighnaghi is a cobblestoned village and the perfect place to try some of the famous Georgian qvevri wine,” reads the article.