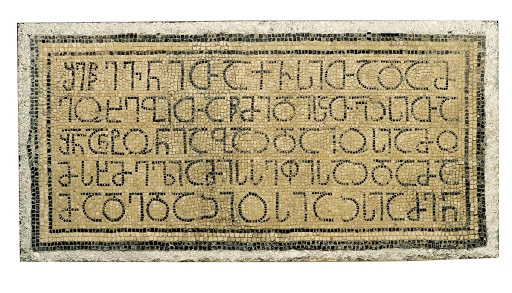 Georgian Alphabet is Now on Google Arts and Culture’s Platform

Google Arts and Culture is an online platform created by the Google Cultural Institute that enables people to explore collections from around the world. The Georgian alphabet has recently been added on it and people can now enjoy the story of the century-old Georgian alphabet.

The three alphabets are presented: the Asomtavruli Alphabet, the Nuskhuri Alphabet and the Mkhedruli Alphabet. The page showcases photos of the oldest Georgian inscription from the fifth century as well as photos of old manuscripts. It explains the evolution of the alphabet and its particularities.

The site does honor to the UNESCO-recognized Georgian alphabet. It is a great tool to have precise and relevant information on the historical development of Georgia’s most precious cultural heritage.

To visit the webpage: https://artsandculture.google.com/exhibit/aAJSEzi41T85Jg?

10 Reasons why you should visit Georgia

Cradle of Wine – It has been archaeologically proven that the roots of Georgian viticulture are between 9000 and 7000 BC.

A unique Alphabet – There are just 14 independent alphabets in the world and Georgian is one of them.

First European civilization – Recent excavations of Dmanisi have revealed and extraordinary record of the earliest homonid dispersal beyond Africa (1,75 million years ago)

Flora and Fauna – Georgia is one of the most ecologically diverse countries in the world, with climatic zones ranging from  subtropical to high alpine to semi- desert. Bears, lynxes and even leopards can be found in Georgia’s dense forests of Caucasian fir-the tallest trees in Europe.

Endless tourism possibilities – From adventure tourism to discovering the art of wine making, Georgia has something to delight every visitor.

Summer sea and winter ski resorts – In Georgia, you can swim in the sea as late as November. After that, why not head to the mountains, where there is guaranteed snow until late April, making Georgia a top destination for skiers and snowboarders.

Mountains and trekking – Access to peaks like Mount Shkhara (5201 Meters) and mount Ushba (4710 meters) and opportunities to stay with Svan families in villages make trekking in this region an outdoor and cultural adventure.

Rapid development – The New York Times ranked Georgia 6-th among 52 best countries for the tourism destination. Tbilisi has become one of the safest capitals in the Western World comparable to Lisbon or Vienna.